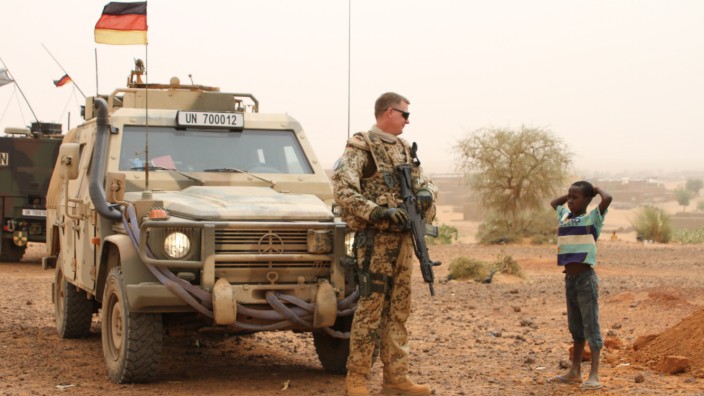 Last week the Lower House of German Parliament decided to extend and expand what is currently the largest German deployment abroad. The mission has its focus in Mali, but is also particularly active in Niger, as well as Mauritania, Chad and Burkina Faso.

In the future, around 1100 German soldiers will also be officially stationed in Mali with the MINUSMA mission. MINUSMA is a so-called UN peace mission. In addition to heavily armed soldiers and police officers, Germany also contributes to this “peace”, war pilots, drones and tanks. In addition, around 600 German soldiers are officially involved in the neo-colonial occupation of the country with the EU mission EUTM. Behind EUTM is a so-called EU training mission, which is geared towards training and advising the Malian military. The European imperialists claim to want to work for the “security and stability of the country”.

Due to their military presence, Germany, especially France, the USA and other imperialists nations, are able to indirectly control politics, economy, logistics and the society.

Germany, France and other imperialist nations have never brought peace, stability and security to Mali or to any region in the world including Africa. First, because it does not correspond to their real interests even today and second, because they themselves are responsible for centuries of war, exploitation, flight and genocide. After all, it was German geographers who made the regions accessible and open and thus paved the way for French colonial oppression. Today, German police officers and soldiers carry on this legacy when they use mobile border control units to deprive people of their freedom of movement. At the moment they are still proving again and again which side they are on by supporting military coups, dictatorships and terrorists. To this day, the imperialists hide behind beautiful words such as humanity and international law. But what the German soldiers really serve are the power and economic interests of Germany.

The German military supports French neocolonialism and proudly proclaims again and again that the European defense against migration in the middle of Africa will continue. They stand for the unlimited exploitation of resources, the protection of their economic and geostrategic interests, as well as the direct and indirect oppression of the population.

German troops! Get out of Mali and Africa!
Down with imperialism! Long live Africa!